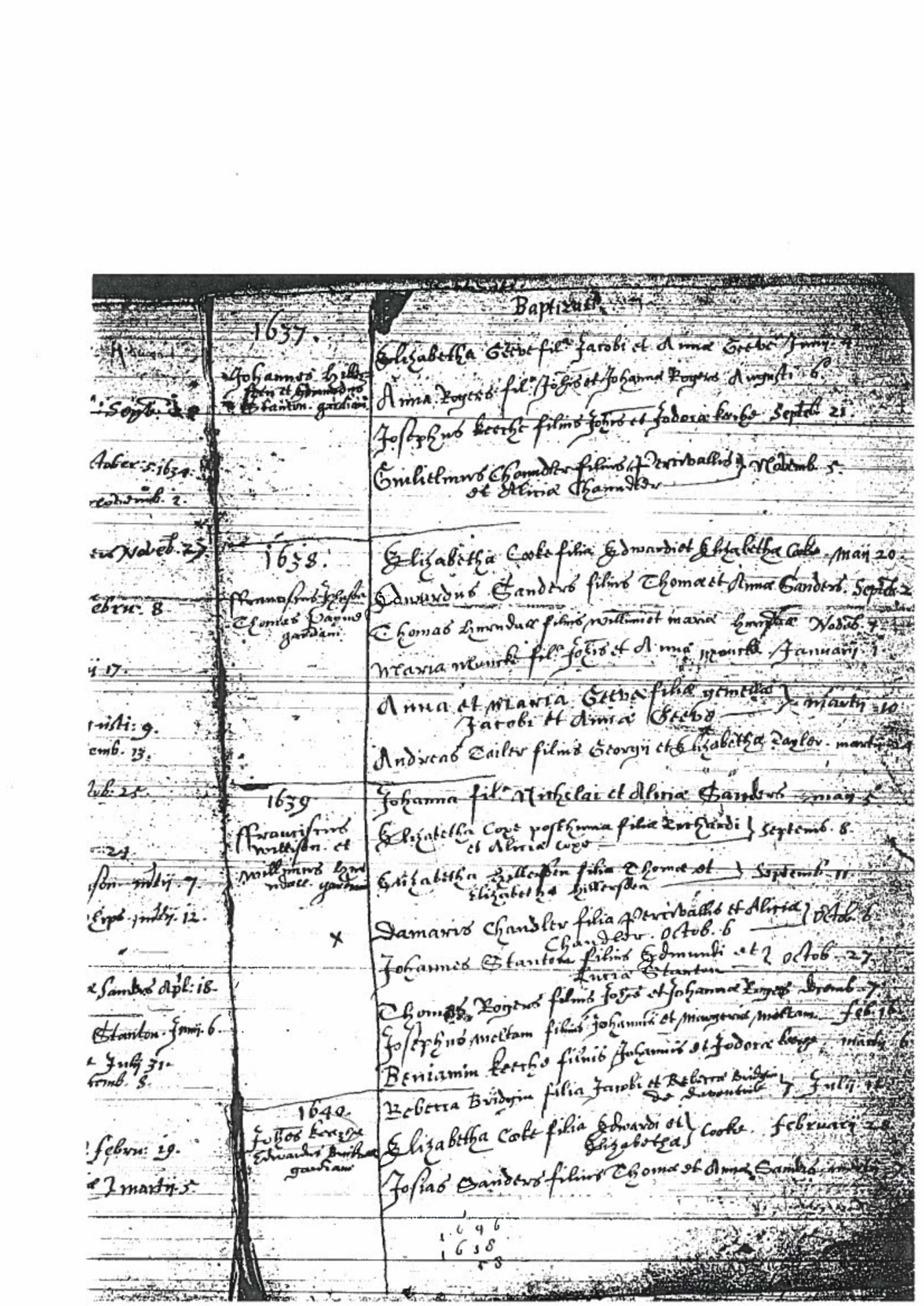 Special thanks to the Centre for Buckinghamshire Studies for allowing the use of this scan (PR 195/1/1) and Austin Walker for forwarding it on to the Journal.

Below is a scan of the records which has highlighted (courtesy of Austin Walker) in two parts. The first is the account of Keach’s brother, Joseph Keach’s baptism dated 1637. The second is Keach’s own record. The line reads in Latin as Beniamin Keecke and lists his parents as John and Joyce. For more on his parent’s names see our post on Austin Walker’s article The Identification of Keach’s Mother.

Noting the line drawn to differentiate the years, it is interesting to see that Keach was baptised in 1639 when scholars today know that he was born in 1640. This is not a mistake. In the seventeenth-century a different calendar was used which began the new year on March 25 and not January 1. Because of this different calendar style Keach’s entry appears in 1639 however by current calendars, it was already 1640. 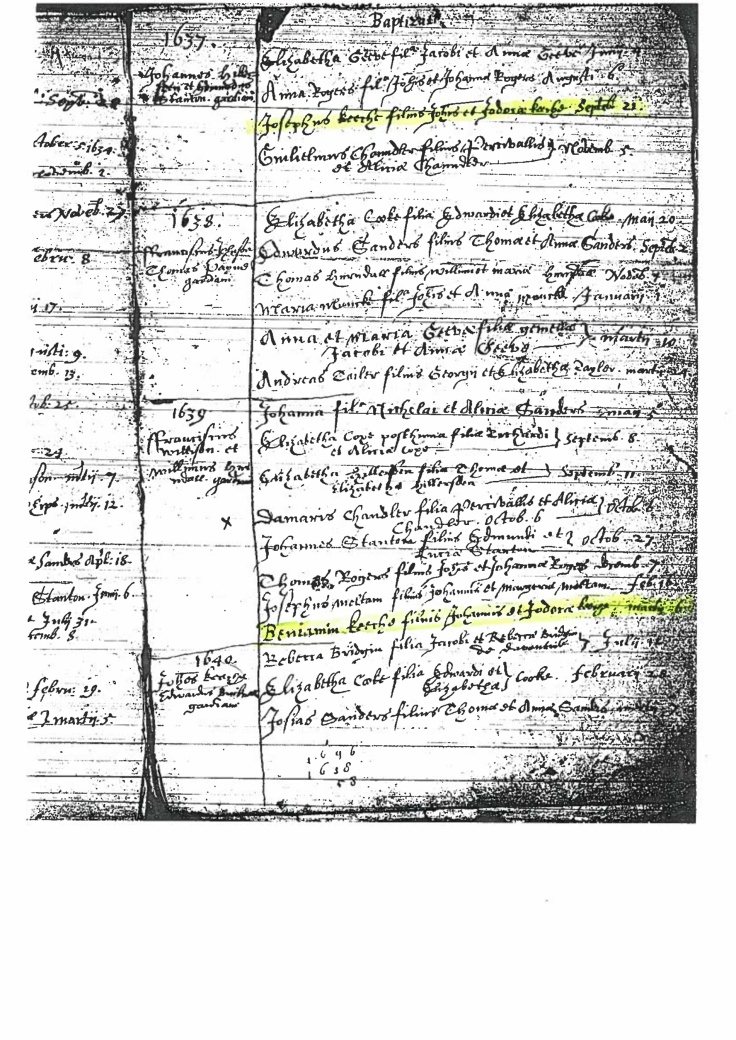